PatrickMatthew.com is owned and published by Dr Mike Sutton

When Patrick Matthew was a boy, the Matthew family lived on a farm called Rome in th grounds of the ancient and famous Scone Palace. 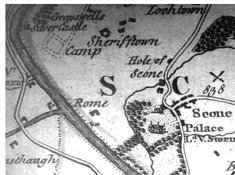 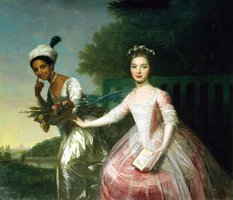 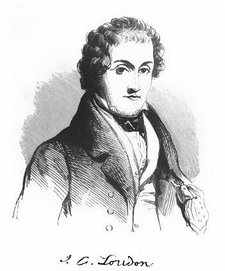 Rome Farm - now demolished - sat in the grounds of Scone Palace, which once held the famous "Stone of Destiny".

The Earl's of Mansfiled

Matthew was born three years before the death of William Murray (Lord Mansfield), the 1st Earl of Mansfield (2 March 1705 – 20 March 1793), who was educated at Perth Grammar School before moving to London aged 13 to attend Westminster School.

Murray, was born in Scone Palace. He is famous as the Lord Chief Justice who passed some landmark judgements that led to the reform of the law to enable the abolition of slavery. The film "Belle" depicts that part of his story with some degree of artistic licence. The picture of his mixed heritage niece, Dido Elizabeth Bell,- Britain's first Black aristocrat, who was the illegitimate, yet recognised, daughter of an Admiral of the Royal Navy, hangs today in Scone Palace. The painting is remarkable because it defied racist conventions of the day - Dido being positively depicted as the equal of her white relative.

Notably, Matthew was very much against slavery and condemned it in his book On naval Timber and Arboriculture (1831).  Two years before the British Slavery Abolition Act of 1833 he wrote for reform.  Perhaps such an act would not have endeared his book to Darwin's best friends William and Joseph Hooker of Kew, since both were salaried by the rapacious East India Company, which was allowed to continue to profit through slavery until 1843 (see Sutton 2014). There is some sad irony in the fact that Dido's son became a career soldier in the East India Company's army.

Matthew's father and uncles subscribed to a publication on "The Errors of Thomas Pain" (Robert Thomas 1797).  The work was dedicated to the author's patron - The Earl of Mansfield - who was, presumably, either the 1st,  2nd or even the 3rd Earl;  since by 1797 the 1st Earl had been two years dead and his nephew, the 2nd Earl of Mansfield (9 October 1727 – 1 September 1796) was also known as Viscount Stormont died the year before. The 3rd Earl of Mansfield was born on 7 March 1777 and died 18 February 1840.

When Matthew was 13 years of age the famous botanist, publisher, designer and naturalist Loudon was commissioned by the Earl of Mansfield to re design the gardens of Scone Palace. Matthew's birthplace - Rome Farm is now  demolished. Biut it stood in  the grounds at that time. It is possible that they did ,but we do not know whether or not Matthew and Loudon met.  Loudon went on to review Matthew's (1831)  book in 1832. He wrote that it appeared to have something original to say on 'the origin of species'!  Loudon was well connected to Darwin's friends, the Hookers of Kew Garden's.

Loudon went on the edit Blyth's two highly influential papers on evolution. Darwin admitted Blyth was his most prolific informant on the topic. Loudon cited Matthew's 1831 book many times in his publcationa but never again mentioned its orignal ideas  on the 'orign of species' 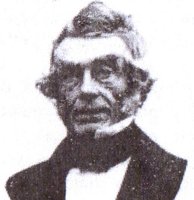 It's a bit annoying when a film (Belle) takes such licence with the real story. Discover what really happened to Dido pic.twitter.com/pFpiqmwn4s 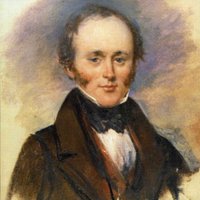 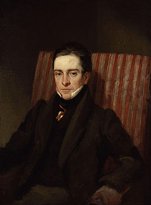 Matthew, was a Scottish representative for the Chartist social libertarian reform movement.  M. P. Thomas Attwood,  presented the Chartists' petition for universal suffrage and other democratic rights to the House of Commons in June of 1839. 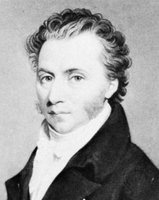 Lord Kinnaird was a more senior member of the artistocracy than the nobleman Matthew.  Perth Library in Scotland holds a collection (newly discovered) of many letters from Matthew to Kinnaird.  My two favourite are one where he asks that Lord Kinnaird supply one of his tenants with tons of free manure every year and in the the other he asks the Lord to build a school in the Carse of Gowrie for chidlren of the poor - and goes so far as to describe how the school and iis classrooms and teaching should best be organised for sensitive children.

At Megginch Castle, the home of Admiral Drummond,  and his son John Murray Drummond, which was once connected to Matthew's house at Gourdiehill by a lane, there stands one of the best of the Matthew giant redwood trees.

Matthew  was good friends with John Murray Drummond.  In the castle today there is a curling trophy with both their names engraved upon it. 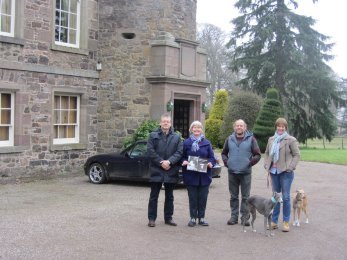 At Megginch Castle during my Carse of Gowrie visit in March 2016.