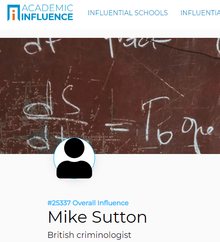 Quite by chance, I became interested in the history of discovery of natural selection. As I explain in my book ‘Nullius in Verba: Darwin’s greatest secret’, I had been experimenting in the winter of 2013 with various ways to search the millions of newly scanned books and other documents in the Google Library Project. I was doing that to try to check the veracity of long-accepted claims regarding the origination of words, terms and their associated concepts. I made a breakthrough in this research on January 5th when I found a powerful way to use Google to detect the use of words, terms and phrases dating back as far as the 16th-century.

Paradoxically, both disappointed and rather excited to find that this new Big Data analysis was disproving many long-standing 'knowledge claims' made in the scholarly press about the originality of such terms and concepts as 'moral panics', 'the global village' and 'self-fulfilling prophecy', I focused my attention on checking the veracity of claims I felt sure were sound.

Alarmingly, I found I could immediately prove that seemingly countless publications are wrong to claim that one of my then science heroes, Richard Dawkins, coined the term and the concept of the 'selfish gene' in his book of the same name. I soon discovered that he did neither. Rather, years before Dawkins wrote about them, his associate William Hamilton published both term and concept first, in an obscure paper.

Somewhat further perturbed by what I was unearthing, in March 2013, I turned my attention to my other science hero Charles Darwin. I thought that most surely all the science and history of science books were right that both the term and the concept of natural selection were Darwin's unique origination. What I found was literally shocking. Firstly, I soon learned that it is acknowledged in the literature that the existence of the Scottish botanist and farmer, Patrick Matthew's  (1831) book 'On Naval Timber and Arboriculture', proves he was the first to discover and have published the concept of macorevolution by natural selection, 27 years before Darwin's and Wallace's papers were read before the Linnean Society and 28 years before the publication of Darwin's 'Origin of Species'. However, the new evidence I found built on this existing knowledge to disconfirm the existing majority view that Darwin and Wallace each conceived the idea of natural selection independently of Matthew. In brief, the New Data, which I originally discovered between 2013 and 2014 in 'the hidden books in the library', reveals that - as opposed the earlier 'knowledge claim' that none had read it - seven naturalists cited Matthew's book before 1858. Among them were four of Darwin's and Wallace's friends and influencers, three of whom (Loudon, Selby and Chambers) were at the very epicentre of influence and facilitation of the pre-1858 work of  Darwin and Wallace on organic evolution. Loudon was an associate of the father of Darwin's best friend, Joseph Hooker. Loudon's work as a naturalist was well known to Joseph Hooker. Loudon went on to be Chief Editor editor of the journal that published two of Blyth's (1835, 1836) influential articles on evolution. And Blyth was Darwin's most prolific informant. Selby went on to be Chief Editor of the Journal that published Wallace's 1855 Sarawak paper on evolution. Chambers, an associate and correspondent of Darwin, and Wallace's greatest influencer, went on to write, in 1844, the best selling book on evolution 'The Vestiges of Creation'.

Most importantly, it is a newly discovered fact, therefore, that Darwin and Wallace (1858) and Darwin (1859) replicated the original ideas in Matthew's book, without citing Matthew, and then claimed, fallaciously, in their defence that no naturalists, indeed no one at all, had read those ideas before their replications. As objective scholars, we cannot now rule out the likelihood that, at the very least, some form of  indirect 'Matthewian knowledge contamination' affected the pre-1858 minds of Darwin and Wallace.

Moreover, I went on to prove that from 1860 onwards that Darwin lied about no naturalists reading Matthew's book before Matthew brought it to Darwin's attention in 1860. It is a lie because Darwin made that claim in both the Gardener's Chronicle (1860), and from 1861 onwards in the third and every subsequent edition of the 'Origin of Species',  after Matthew had informed him by way of two letters published in the Gardener's Chronicle (1860) that his book had been read by at least two naturalists (Loudon and the other unnamed) and was banned by Perth Public Library in Scotland. Before my research, no one seems to have noticed that Loudon was an internationally famous and influential naturalist and polymath.

By lying about the readership of the original ideas in Matthew's book, Darwin most certainly corrupted the history of discovery of natural selection and committed lying, plagiarising science fraud by glory theft, of Matthew's prior-published ideas and their influence on 19th century naturalists who, in turn influenced Darwin and Wallace.

I conclude from the evidence given in these few paragraphs, and in far greater detail, with many more facts in my book 'Nullius in Verba', that Darwin committed the world's greatest science fraud. Finally, I conclude that the 'New Data' in the history of discovery of natural selection has punctured the 'no naturalist read it' premise upon which rests the currently accepted paradigm of Darwin's and Wallace's independent discoveries of Matthew's prior published hypothesis of the unifying theory of biology.

It is time to bring to an end the 'state of denial' of the dreadfully disturbing facts. Due to 155 of years of injustice, Scotland has a neglected science hero. He is worthy of long overdue celebration as an immortal great thinker and influencer in science. His name is Patrick Matthew. As an Englishman, I say his image belongs on the back of the English £10 note. What now say the Scots for their currency?

I am retired from university life. My last position (retired 2018) was Reader in Criminology  and the founding Director of the Nottingham Centre for the Study and Reduction of Bias, Prejudice and Hate Crimes. Before that I worked for 14 years as a senior researcher in the Policing and Reducing Crime Unit in the Home Office in London. I am the originator of the Market Reduction Approach (MRA) to theft and co-founder and Chief Editor of the open access Internet Journal of Criminology.

I as a joint winner, with David Mann, of the British Journal of Criminology Prize for virtual ethnographic research into a pan-European hacking group. I am particularly well known in popular science circles for debunking a long believed science myth that a misplaced decimal point in the recorded iron content of spinach led to scientists mistakenly believing its iron content was 10 times greater.

I was born in Orpington Kent in 1959, attended Wigan Road Secondary Modern School in Ormskirk Lancashire (in the North West of England) and then Wigan Technical College. I am a BA (hons) law graduate of the University of Central Lancashire, from where I was awarded a PhD in 1987.  From 1988 to 2001, I worked as a social scientist (Research Officer and then Senior Research Officer in the Research and Planning Unit and the Policing and Reducing Crime Unit) for the UK Home Office at Queen Anne's Gate London. In 2001, I was appointed Reader in Criminology at Nottingham Trent University. 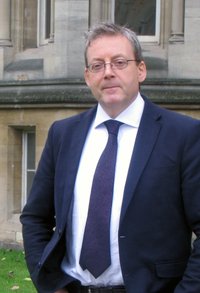 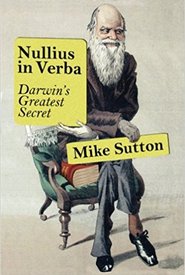