All arguments by analogy are  fallacious at the fundamental level, because it is not enough that they contain some grain of truth. Even great lies can do that. For an explanation by analogy to be purposeful and veracious it is necessary to show,  outside of the analogy, what is analogous to what, in what way and why that is an important explanatory example. Great analogies follow this principle, which makes them explanations that change the world.

In 1831,  Patrick Matthew  originated the perfect analogy by comparing artificial selection by man with selection by nature to explain the importance of natural selection as the solution to the problem of the emergence and extinction of species.

'When woods are planted of various kinds of timber, the stronger, larger growing kinds will sometimes acquire room by overwhelming the smaller: but when the forest is of one kind of tree, and too close, all suffer nearly alike, and follow each other fast in decay, as their various strength of constitution gives way; unless, from some negligence or defect in planting, a portion of the plants have come away quickly, and the others hung back sickly for several years, so that the former might master the latter: or when some strong growing variety overtops its congeners. In the natural forest of America, when a clearance by any means is effected, the young seedlings, generally all of one kind, spring up so numerous, that, choaking each other, they all die together in a few years. This close springing up and dying is sometimes repeated several times over; different kinds of trees rising in succession, till the seeds in the soil be so reduced as to throw up plants so far asunder as to afford better opportunity for the larger growing varieties to develop their strength; and, overpowering the less, thus acquire spread of branches commensurate to the height, and thence strength of constitution sufficient to bear them forward to large trees.'

‘The use of the infinite seedling varieties in the families of plants, even in those in a state of nature, differing in luxuriance of growth and local adaptation, seems to be to give one individual (the strongest best circumstance-suited) superiority over others of its kind around, that it may, by overtopping and smothering them, procure room for full extension, and thus affording, at the same time, a continual selection of the strongest, best circumstance suited for reproduction. Man's interference, by preventing this natural process of selection among plants, independent of the wider range of circumstances to which he introduces them, has increased the difference in varieties, particularly in the more domesticated kinds…'

Matthew used this same 'Artificial versus Natural Selection Differences Analogy' in several places, with different examples, throughout his book. See my blog post on this topic for the full details. Also click the Matthew's Analogy tab on this website for a detailed summary of its importance.

Matthew's unique artificial selection analogy to explain natural selection was replicated by Alfred Wallace (1858) in his Ternate paper and by Charles Darwin (1859) in the Origin of Species. Neither cited Matthew. See  my book 'Nullius' Sutton (2014) (2017) for the full details.

Darwin (1868) used a dreadful analogy in an attempt  explain natural selection as being like a building constructed from stones.

I, Mike Sutton (2015) use the "Geiger Counter Analogy", "Metal Detector Analogy"  and "Blessed Virgins Darwin and Wallace Analogy"  to explain why he thinks both direct and indirect  'knowledge contamination' from Matthew to Darwin and Wallace more likely than not happened in light of the New Data regarding who we now know did read Matthew's book pre-1858. He uses the "Dawkinite Analogy" to explain the logical conclusion of credulous Darwinist faith-belief in Darwin's and Wallace's independent conceptions of Matthew's prior published theory.

The Forfarshire (Angus) in Scotland deep connection between the work of Scottish naturalists that led Matthew to the breakthrough of human understanding of evolution by natural selection  and the analogy between natural and artificial selection as a key component in that breakthrough more Here.

On Strength, Cunning and Swiftness

The general theory of organic evolution has been around since at least the time of the ancient Greeks (see Zirkle 1941)   .

Interestingly, the Greek scholar Empedocles c. 490 – c. 430 BC saw the difference between domestic and naturally selected animals in the wild, and the notion of survival of the fittest in the struggle for survival in nature, but appears not to have realized that the vulnerable qualities of the domesticated animals were due to artificial selection. He wrote:

'Firstly, the fierce brood of lions, that savage tribe, has been protected by courage, the wolf by cunning, by swiftness the stag. But the intelligent dog, so light of sleep and so true of heart, beasts of burden of all kinds, woolly sheep also, and horned herds of oxen, all these are entrusted to men's protection, Memius. For they have eagerly fled from the wild beasts, they have sought peace and the generous provision gained by no labour of theirs, which we give them as reward of their usefulness. But those to which nature gives no such qualities, so that they could neither live by themselves at their own will, nor give us some usefulness, for which we might suffer to feed them under our protection and be safe, these certainly lay by their own fateful chains, until nature brought that race to destruction.'

Patrick Matthew (1831) appears to have been familiar with this passage - or perhaps some later work influenced by it - because he wrote about the natural process of selection on pages 364-365 using very similar examples of fierce strength, cunning and swiftness being present in naturally selected species:

'This law sustains the lion in his strength, the hare in her swiftness, and the fox in his wiles.'

Alfred Wallace (1855) replicated this idea, and examples for it, in his Sarawak paper, which was published in a journal edited by Selby - who it is newly known (Sutton 2014, 2017- read and cited Matthew's 1831 book years earlier. Later, darwin did the same in The Origin of Species. In fact, Darwin's (1859) first chapter begins with it:

'WHEN we look to the individuals of the same variety or sub-variety of our older cultivated plants and animals, one of the first points which strikes us, is, that they generally differ much more from each other, than do the individuals of any one species or variety in a state of nature. When we reflect on the vast diversity of the plants and animals which have been cultivated, and which have varied during all ages under the most different climates and treatment, I think we are driven to conclude that this greater variability is simply due to our domestic productions having been raised under conditions of life not so uniform as, and somewhat different from, those to which the parent-species have been exposed under nature.' 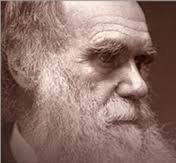 Or is it just Darwin  they love? 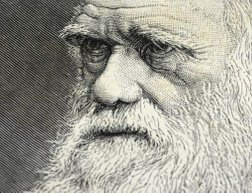 'Patrick Matthew was first to originate and have published the Artificial versus Natural Selection Analogy as an explanation for natural selection.'

THE FROZEN DONKEY HYPOTHESIS: Darwinists Must Adapt or Die

“It is therefore in his imagination alone man finds the model of that which he terms order, or confusion, which like all his abstract metaphysical ideas, supposes nothing beyond his reach. Order, however is never more than the faculty of conforming himself with the beings by whom he is environed or with the whole of he forms a part.”

And this pertinent observation leads us to the Frozen Donkey Hypothesis    – which applies by the hard facts that are the premise upon which it stands - as much to Alfred Wallace's (1855; 1858) replication of Patrick Matthew's (1831) prior published hypothesis of the natural process of selection as it does to Charles Darwin's (1842; 1844; 1858; 1859).

On one harsh 19th century winter night, an honest donkey froze where it stood on a Parisian boulevard. At daybreak, the people seeing it so lifelike, tried to shoo and beat it out of the way, not realizing it could not move on because it was dead!

If one encounters a frozen donkey in the road, standing, for all the world as though alive, no amount of reasoning, patience, impatient berating or rational cajoling will entice it to shift its position. The donkey is not merely being stubborn. Why not? Because it is bereft of life. The donkey can think no more, all mental faculties have ceased to be. The only solution is to go around it. Darwinist historians of science are behaving like frozen donkeys. Unable to adapt to a sudden change in their circumstances, they succumb to those circumstances. If they continue to do so they will be circumvented by scholars better able to adapt to the the New Data. Once significantly circumvented, Darwinist historians of science will lose their power of occupancy in the literature on the topic of the discovery of natural selection. Once that happens they will shortly become intellectually extinct.

The Frozen Donkey Hypothesis is born of the implications of the obvious catastrophic extinction event impact of the New Data (Sutton 2014 and 2017) on Darwinist professional and amateur historians of science, who reveal by their plainly biased responses to it, that they are necessarily concerned – if they are to remain so named Darwinists and not be re-born Matthewists – with ignoring the rational implications of the new disconfirming hard evidence for their prior soft knowledge beliefs in their namesake’s “independent” discovery of a prior published hypothesis that was read, and the book containing it cited, by naturalists who were Darwin’s admitted influencers and associates and correspondents- even though Darwin himself fallaciously wrote in 1860 that no naturalist known to him had read it.

We must now go around Darwin's, soon to be, intellectually extinct Discovery Donkeys because their minds, if they continue being frozen, wil be incapable of grasping what happened to them and their disconfirmed unevidenced beliefs about their namesake.

Confirming the theory of natural selection, those most fit to survive after the impact of the New Data will enjoy a power of occupancy in the intellectual niche once occupied by the now extinct, unadaptable, herds of Darwinist Discovery Donkeys. 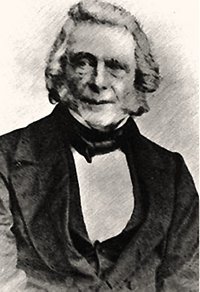