This page is intended for use as a guide for researchers. Links are provided to fully referenced academic publications. Below is a list of books and  scholarly articles citing my various published original Big Data research into Charles Darwin’s and Alfred Wallace’s science fraud by plagiarising glory theft of Patrick Matthew's (1831) prior publication of the complete original discovery of the natural process of selection.

The following citations are not listed in any kind of date or priority order:

'....we must guard against the temptation to corrupt practices that many see as undermining scientific integrity. These include plagiarism, failure to acknowledge prior-work, biased peer-reviewing, and, in effect, poorly constructed desk or secondary research. of course, there is nothing new in such discreditable activities. Sutton (2014) offers evidence that Charles Darwin and Alfred Russel Wallace clearly plagiarised the earlier ideas of Patrick Matthew without sufficient acknowledgment and Darwin then used his elite connections to ensure he would not be scooped by Wallace.'

'Charles Darwin presented his theory of evolution by natural selection to the general public in 1859, in The Origin of Species. Strongly influenced by Lyell’s geological uniformitarianism, Darwin envisaged evolution taking place in a gradual, even-paced fashion, in a relatively stable environment. However, in 1831, Patrick Matthew had proposed a theory of evolution, operating within a framework of catastrophic extinctions, with essentially the same mechanism as that presented by Darwin twenty-eight years later (PPE pp. 60-71). Did Darwin take his ideas from Matthew? In PPE, p. 64, I wrote, “Darwin was out of the country until 1836 so it is likely, as he subsequently maintained, that he remained
unaware of Matthew’s ideas until they were pointed out to him in 1860”.

However, Mike Sutton, a lecturer in criminology, has since carried out research which shows that several naturalists who were associates or correspondents of Darwin, including three known to have been influential in the development of his theory, had referred to Matthew’s ideas about evolution in published works, so it would seem unlikely they had not mentioned them to Darwin, particularly since Darwin’s celebrated phrase “the natural process of selection” bears a marked similarity to Matthew’s phrase, “the natural process of selection” [39].

Fraud and Misconduct in Research: Detection, Investigation, and Organizational Response (published 30 Sep 2017) by Nachman Ben-Yehuda and Amalya Oliver-Lumerman. Amazon link: Here. Link to some of the relevant text on the stir caused by the 'New Data' in Nullius can be read in Google books: Here. PLEASE NOTE: A PDF file containing the relevant text and linked footnotes on the themes of Wikipedia's response to the facts and that in light of these facts the authors think Darwin's name may now have to be added to the list of plagiarising science fraudsters: Here

'Dr. Mike Sutton, a criminologist, has used a battery of Internet search tools to demolish the main Darwinian argument, which would be either to say that Darwin did not have access to Matthew's work, which is denied by Darwin himself in the paragraph above, or that Matthew had presented his ideas in a very indirect way and with very little diffusion, as Darwin literally says:

"Unfortunately the view was given by Mr. Matthew very briefly in scattered passages in an appendix to a work on a different subject, so that it remained unnoticed until Mr. Matthew himself drew attention to it in the "Gardeners' Chronicle", on April 7, 1860."

In any case, Darwin read Matthew and took his ideas from a book that, certainly was of a different matter, but not less important, since in 1831 naval wood and arboriculture were key issues for the country's economy, and therefore the book had been widely distributed. Matthew predates Darwin but his characteristics (Scottish, sympathetic to the Chartist revolts in London) did not allow him to fit the profile of the new liberal model.'

Academic publications citing other reports, such as newsprint stories, about the New Data, discovered by Mike Sutton on Darwin's and Wallace's plagiarism of Matthew. 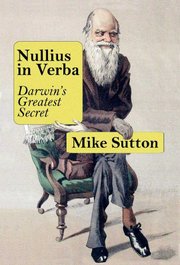 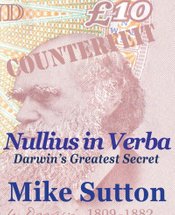 From November 2017, you are advised not to download any version of this e-book, because the illegally hacked and disseminated hacked files are likely to be infected with hacker malware by those sharing and disseminating them. Moreover, the book's original academic content is likely to have been altered by the criminals involved.

Available only from all Amazon sites, good Bricks and Mortar Bookshops and Libraries World Wide. Bogus fake versions are being sold on various other websites online by criminal book pirates and identity fraudsters.

The New Data on Darwin's plagiarising science fraud by glory theft (see: https://t.co/PVLKr290I0) of Matthew's prior published origination of evolution by natural selection is now in a book

"Given Sutton's previously mentioned work, Darwin may have to be added to this list". pic.twitter.com/pfF1V9I2rK