On this website is a great preponderance of evidence for Darwin's plagiarism of Matthew's (1831) theory. On this page you will find the verifiable proof that Matthew was a racist and arch supporter of British and German colonisation.

As he copied so much of Matthew's original ideas on natural selection, and copied Matthew's highly idiosyncratic supprting evidences and explanatory analogies, so did Darwin share Matthew's obnoxious and no-doubt terribly influential racist views.

Later on this page I reveal how Darwin once again aped Matthew, this time with regard to how the theory of evolution by natural selection is used to justify and neutralise guilt regarding colonialization and - in Darwin's case - idiotic pseudoscientific beliefs in hierarchies of human varieties with Black people at the bottom because Darwin stupidly believed they have smaller brains than White people. Leon Zitzer has written an excellent book on Darwin’s vile and extremely harmful racism, although he is seemingly totally unaware that Matthew coined the theory and his books Naval Timber (1831) and Emigration Fields (1839) were cited by Chambers before Chambers wrote a word on evolution. You can read my review of Zitzer's book Darwin’s Racism here. Amazon deleted that same book review, I have archieved it for anyone interested in such fact denial brute censorship of proven facts about Darwin's plagiarism and racism (here).

A useful commentary on Matthew's (1839) Emigration Fields ideas about natural selection, wedded to what I think might be thoght of as artificial selection, in the 19th century European colonization of New Zealand can be found (here) in a 2011 book Racial Crossings by Damon Ieremia Salesa.

I think it fitting to begin this topic by looking at the unapologetic colonialist invasion and native suppression rhetoric that opens Matthew's (1831) bombshell book On Naval Timber and Arboriculture by way of his Introduction. But just before looking at that, consider - yet again - Matthew's obvious influence on Darwin's replicating work. And bear in mind what the Great Bearded Replicator wrote in his Origin of Species when reading the opening chapter of Matthew's book On Naval Timber:

'...an intruder from the waters of a foreign country, would have a better chance of seizing on a place, than in the case of terrestrial colonists'

Immediately below is the opening text of Matthew'a (1831) On Naval Timber. His colonial racism and typical C19th British sense of entitlement is self evident. 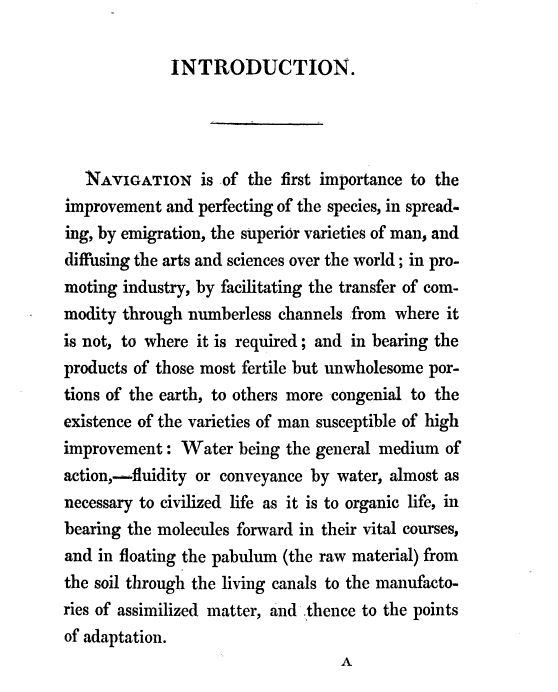 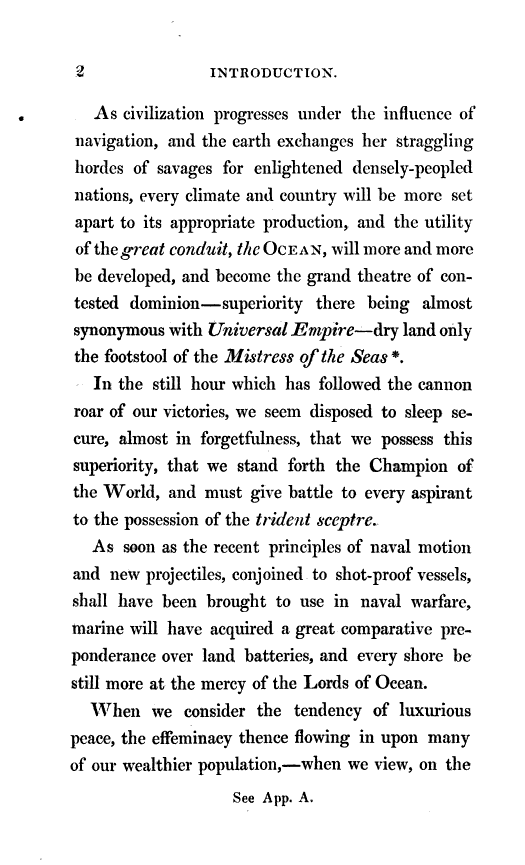 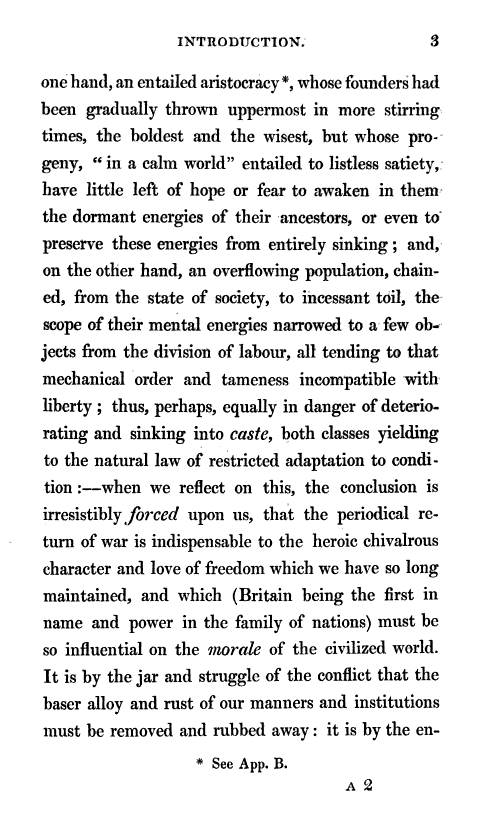 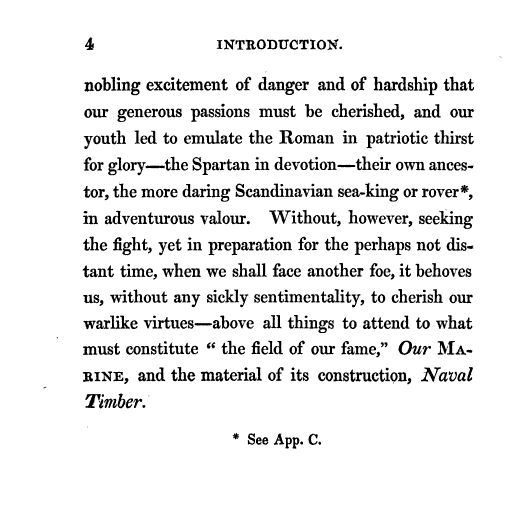 A book published in 2000 entitled 'Scottish Christianity in the Modern World'  pp.74-225 sums up just a few of Matthew's original imperialist and dreadfully murderous racist views. Although the author of this work gets the complex facts muddled, regarding Matthew's explanation of punctuated extinction events in an otherwise steady state of nature, by calling Matthew a Uniformitarian, Matthew's racist notions of Teutonic superiority are soundly noted, along with his support for Bismarck’s ruthless German assault on Denmark, and its seizure of Schleswig Holstein.

Darwin clearly plagiarised Matthew's theory, but he also appears to have aped Matthew's use of natural selection as a guilt neutralization technique for justifying colonialising predation on other people on the planet.

In his book 'Darwin's Plagiarism', Leon Zitzer shows us just how much Darwin's own pen exposes his vile racism. But Zitzer appears never to have even heard of Matthew, because he never mentions him at all. Had he read Matthew's 'On Naval Timber' and 'Emmigration Fields' Zitzer would have seen that Matthew not only got there first with the entire theory theory, he also got there first with using it to justify the 'white privilage' of invasion and conquest. Darwin was just plodding in Matthew's footsteps all along.

"Darwin notes the way organisms in Australia (Origin, 116) and New Zealand (337) fall before those introduced from Europe, and particularly those from Britain, and doubts their ability to compete with British and European life forms. He concludes: “Under this point of view, the productions of Great Britain may be said to be higher than those of New Zealand” (337). There is no reason to exclude human beings from what Darwin means by organic productions. British forms easily take over in New Zealand (they “exterminate many of the natives,” ibid.), but the reverse is not true; it is doubtful, he says, that New Zealand forms “would be enabled to seize on places now occupied by our native plants and animals” (ibid.). We can do it to them, they can’t do it to us. Britain produces hardier races of organisms. It is a very small step to apply this kind of thinking to human groups and decide who is superior and who inferior. Darwin’s readers would have had no trouble concluding that the British, and maybe especially the ruling class, were a “favoured race.”

"The Origin of Species is a schizophrenic book. On the one hand, it is an objective work compiling the evidence to prove a thesis, or rather two, the general theory of evolutionary descent and the theory of natural selection, the means by which new forms are created. On the other hand, it is littered with dozens of comments coming from a European sense of entitlement and the right to conquest. It is very much a subjective examination of nature, as if it were out to justify European imperialism. Many have regretted that he put this into the subtitle, The Preservation of Favoured Races in the Struggle for Life. Richard Dawkins dismisses it as “ill-chosen and unfortunate”, implying that it did not express anything deep in Darwin (Greatest Show, 62n). Tim Flannery agrees. He calls it “an unfortunate subtitle,” as if it were a mere slip, and adds, “… only upon reading the entire book would one discover that the ‘favoured races’ did not explicitly include the British ruling class” (Here on Earth, 12-13)."

Darwin, like so many racists in the public eye, presented one face to the world and another privately, whilst doing great harm undercover.

Disgusting Darwin the plagiarist science fraudster and his wife (who was also his cousin), privately and with incredible sly insensitivity (even for the Victorian era) gleefully nicknamed one another with the N word: https://www.darwinproject.ac.uk/search/?keyword=nigger&tab= and in doing so they privately, but, slyly, never in public, childishly mocked the plight of slaves.

For more on Darwin's racism see my blog posts on the topic: