Source of the Matthew Trees

Patrick Matthew's 1854 published letter on page 373, Vol 14 of the Gardener's Chronicle    includes interesting information about the giant redwoods that supplied the seeds which became the famous Matthew Trees in Britain. Two of Matthew's sons went to California to pan for Gold. In the following account, from a letter sent to Patrick Matthew, by his son John Matthew, dated 1853, (published in the Gardener's Chronicle in 1854) mentions pockets of quartz, because quartz rock often indicates where gold it to be found. John Matthew refers to the giant Californian redwood as the 'Wellingtonia', the name which was eventually officially dropped - although its unofficial usage continues in some circles to this day. Notably, John describes that he had quite a struggle getting to the tree that provided the seeds for the Matthew Trees in Britain. They found it in a swamp and John calculated it was some 1800 years of age. He describes a fallen tree nearby with a hollow inside that could stable 50 horses. From the size of specimens today, and the general stock of 19th century images provided of these trees, this was no exaggeration.

Most remarkably, John Matthew provides early negative feelings towards the destruction of these ancient monumental trees - a rare sentiment in that 'age of destiny,' which began in the US press a year earlier.

THE BEGINNING OF THE CONSERVATION AND SUSTAINABILITY MOVEMENTS

Most significantly, it was progressive thinking about conserving thee giant redwoods that kick-started the entire modern conservation movement - and the most recent 'sustainability movement   ' - over 160 years ago

The John Matthew letter, which proved he and Patrick Matthew had priority for bringing the first giant redwood trees into Britain.

'Wellangtonia - The following is an extract of a letter from my son, ( mining engineer and surveyor), dated Jamestown Tuolumne county, Alta California, July 10 1853 :- "Last Saturday, I went along with one of my partners to see the "Big Tree," discovered in Calaveras county near the head-waters of the Stanislaus river. We crossed the river near Carson's Hill, where the richest pockets in quartz yet discovered in California, have been found. From Carson's Hill, we went on to Murphy's Camp, where we got horses. and after a three hours ride over a tolerably good trail, ascending pretty rapidly towards the base of the Sierra Nevada, at first through woods chiefly of Oak and Pine (Spruce), and afterwards of immense Pines, Fir, Arbor vitae, and Cedar, we reached a closely wooded-bottom, where the trees were more luxuriant than I have seen in any other region, with a good deal of under- brush, through which we had to force our way, and in this swamp we found the Wellingtonia, whose dimensions are as follows; - Diameter at the ground, 34 feet; diameter about 120 feet up; 20 feet diameter about 120 feet up; 14 feet, height, 290 feet age estimated at nearly 3000 years. I do not think, however, that it is so old, as I find there is on an average about 15 annual rings in the cross-section of its wood near the root to the inch, and taking the tree above the swell of the root at 10 foot to the centre, that is 120 inches, at 15 years to the melt gives only 1800 years. They are now cutting the tree down, and should it be perfectly solid to the centre, the exact age will soon be ascertained. In all climates, which have a decided summer, and winter so as greatly to vary the activity of vegetation the wood deposit of each year, viewed in the cross-section presents a distinct ring. In the same swamp there are many other trees of nearly the same diameter. I stepped round several 30 yards in circumference, while one which had fallen has a hollow inside fit to stable 50 horses. This gigantic Methusalem forest of the olden time seems to have extended back into periods anterior to any but geological record. The whole surface of the ground is strewed with immense trunks, or their remains, in every stage of decay, in many instances covered with vegetation - so as to look like green earthen mounds the mural vestiges ancient camps - and only by cutting into them are they found to be rotten wood. The other trees of the swamp consist of one species of Balsam Fir, two species Pine, from 3 to 7 feet in diameter, and from 250 to 300 feet high; and two species allied to the Cedar, of the same diameter as the Pines, but not so tall. Amongst the underwood are Hazel, Raspberries, Currant, Gooseberry, Dogwood, Poplar and Willow, with a number of others which we do not have in Europe, one of them the Rhus Toxidendron, or poison vine, poisonous to touch. The bark for about feet has been removed from the "Big Tree" for the purpose of putting it up in its natural figure, at World's Fair, New York, along with a section of both. There has been much talk here of the Goth-like act of cutting down the tree, the largest and oldest in the world, as the Californians boast. It would have been a pity to do so, were there no others like it; but 1 many in the same swamp are nearly of the same dimensions, and I see it reported in the Stockton papers that one found on the head waters of the Moquelumnc, in the same county is 40 feet in diameter. P. Matthew Gourdie Ilill Errol NB.'

The name 'Wellingtonia gigantea"was disliked in the USA - from where the trees originated. Debates to name the tree went on for a number of years, Eventually the tree was officially named 'Sequoiadendron giganteum' to reflect its botanical link to the coastal or California redwood, 'Sequoia sempervirens'. 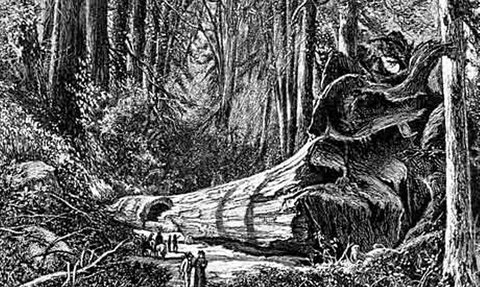 Ever since Matthew confronted Darwin in the press in 1860, Darwin scholars have been in a 'state of denial' about the obvious and significant facts of Darwin's lies about who really did read Matthew's book before he and Wallace replicated the original ideas and explanatory examples in it. Moreover, new research reveals that - starting from six years before Darwin lied about the readership of Matthew's book - Matthew was, for 13 years cheated out of his rightful claim to glory for being the first to introduce and propagate giant Californian redwood trees in Britain. Not until a year after the death of William Hooker's best friend, Professor John Lindley in 1865, was the truth finally revealed in the press that Patrick Matthew and his son John were the first.

If there is one thing criminologists know that comes close to a natural law, it is that, where a variety of particular crime types are concerned, whether it be against a person, place or thing, lightning is quite likely to strike a victim at least twice (see: Farrell 1992). In other words: victimization predicts victimisation. Matthew was a repeat victim of glory theft by fallacy coining. First by Lindley and then by Darwin. Both offenders stole Matthew's glory in order to enhance their own reputations by publishing falsehoods at the expense of Matthew. Both were members of the Royal Society, Linnean Society and the Royal Horticultural Society. Moreover, Darwin and Lindley were prolific correspondents from 1843.

Read the full story of John Matthew's account of the giant redwood that provided the seed source for the monumental Matthew Trees in Britain:

THE RACE FOR GIANT REDWOOD FAME AND THE VERY START OF THE SUSTAINABILITY MOVEMENT: Source of the Historic Monumental Matthew Trees and John Lindley's Involvement in a Failed Claim to Priority. By Mike Sutton. Here.

Lightning Strikes Not Just Twice, but at least Thrice, As it So Often Does With Crime and Delinquency: Patrick Matthew was a Repeat Victim of ' Glory Theft by Fallacy Coining' (Here)

Patrick Matthew’s self-funded botanical impact on Scotland and New Zealand continues to this day. He corresponded with his son John in California, who sent giant redwood and coast redwood seeds to Scotland in 1853. Matthew planted the seeds in several places including the site of his father’s old farm 'Rome' near Scone Palace. He also gave saplings to friends. Many of these magnificent ‘Matthew trees’ survive in Perthshire today (see Minnick 2009). See also some wonderful pictures of them:  here

Presumably, some original stock and ancestors of the plant and

Having laid undetected for years, Matthew's  grave site was re-discovered in Errol Churchyard in 2014. Visit the gravesite page on this site to see the new photographs and documentray proof.

I discovered, online, the graves of  Patrick Matthew II (1853-1922), born at Gourdiehill, and his wife Marie (1870-1922)  both in the graveyard of St Paul's Episcopal Church. Broad Street. Chowan County. North Carolina USA.

At the time of writing, Errol Jones, a naturalist like her great grandfather, Patrick Matthew, lives in New Zealand. She has published three books; respectively, on the subjects of her Scottish roots, flowers and poetry on birds.

Jones (2010) contains several fantastic photographs of the brothers shortly after their arrival in New Zealand. Bearded, prematurely aged, tough-pioneer-looking, resolute men; it is so hard to believe they grew up as sons of a Scottish laird.

I highly recommend Jones (2010) ‘Shadows on my Wall’ for anyone wishing to know more details and see some fascinating pictures of Patrick Matthew’s sons and their family as 19th century settlers in New Zealand.

Links to sites mentioning the Matthew's Giant Redwood in Scotland:

The Glowing Giants of Glenmore (2013)

Historic Orchards of the Carse of Gowrie 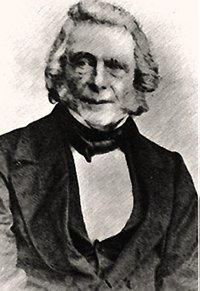 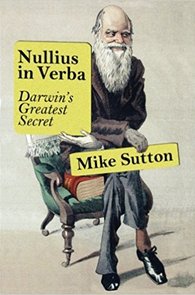