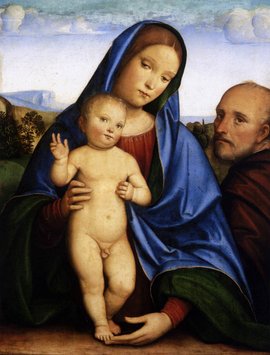 The Holy Family by Francesco Francia (circa 1510) 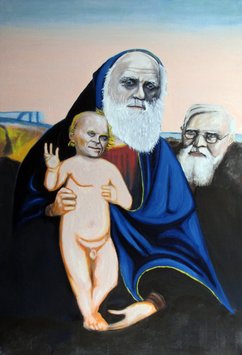 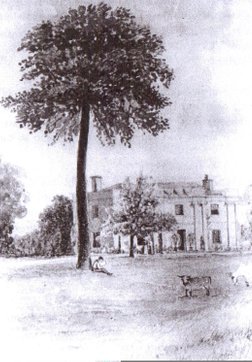 Immaculate Deception' (AKA "The Virgin Darwin") is an oil on canvas painting, by the Nottingham based portrait artist Gabriel Woods. Showing Darwin holding Patrick Matthew as his own child, the painting pays homage to religious pictures of the Virgin Mary and child.

This typically mesmerizing Woods portrait is a pictorial allegorical explanatory analogy of Darwin's and Wallace's claims to have each conceived the theory of natural selection independently of Patrick Matthew's (1831) prior published book,  which expert Darwinists agree contained the full theory 27 years before Darwin's and Wallace's papers were read before the Linnean Society in 1858.

In the words of the artist Gabriel Woods (May 2015) as his explanation for his portrait "Immaculate Deception":

"The picture represents Charles Robert Darwin and Alfred Russel Wallace, who both claimed they each independently discovered the theory of natural selection with no prior knowledge of Patrick Matthew's earlier work. Patrick Matthew is represented in the allegorical painting as the infant."

The painting 'Immaculate Deception' was commissioned in Nottingham England in light of new data (Sutton 2014) that uniquely proves naturalists well known to Darwin and Wallace read and then cited Matthew's book before going on to play roles at the very epicentre of influence on the pre-1858 work of Darwin and Wallace on natural selection. Busting the prior Darwinist belief that no naturalists had read Matthew's 1831 book pre 1858,  Sutton's 2014 book 'Nullius in Verba: Darwin's greatest secret' reveals that seven naturalists cited it before that date, four of them were well known to Darwin  and two to Wallace.

Belief in the Blessed Virgin St Mary's conception of Jesus of Nazareth, is described as a miracle by Christians because she is said to have become pregnant with the child of "God" whilst surrounded by men who were fertile to some unknown degree. The analogy is near perfect, because so too were Darwin and Wallace surrounded by men - who had read and then cited Matthew's book.  Chambers (1844) was acknowledged by both Darwin and Wallace as a great influence on both the world and their own work on natural selection. He is widely credited with putting "evolution in the air" in the first half of the 19th century in his best-selling "Vestiges of Creation".  Selby was the editor of Wallace's 1855  Sarawak paper. And Loudon  edited two of Blyth's highly influential papers on the topic.  And Blyth was noted by Darwin from the third edition of the Origin of Species onwards as his most prolific and helpful informant. These three alone, from a total of seven naturalists uniquely discovered (Sutton 2014), out of a total of 25 people, to have read and cited Matthew's book, had brains that were fertile, albeit admittedly to some unknown degree, with Matthew's unique ideas. Therefore, in the final analysis, if Darwin and Wallace did not conceive Matthew's (1831) unique bombshell discovery of natural selection, the same four words to name it, examples of it in nature, and his unique artificial versus natural selection analogy of differences to explain it, by some kind of 'knowledge contamination', then they must surely have each been mysteriously endowed with a miraculous and divine cognitive contraceptive device.

Gabriel Woods' work has an undefinable mesmerising quality. The artist has made a significant cultural impact in the East Midlands with his dramatic realism oil on canvas paintings for Nottingham Panthers: Ice 1  and Ice 2.  One of Wood's influencers is the Nottngham artist Dame Laura Knight. 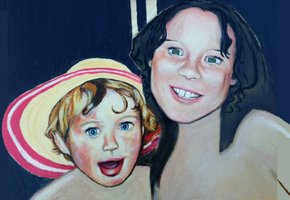 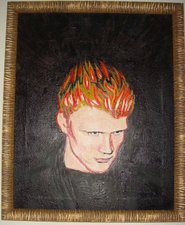 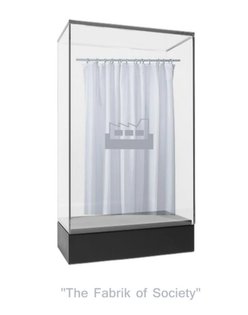 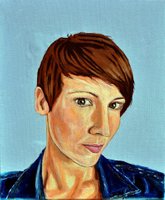 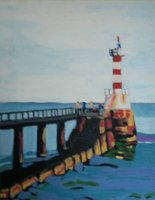 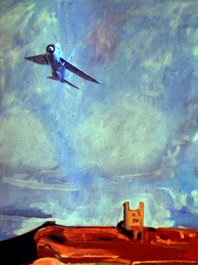 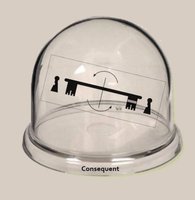 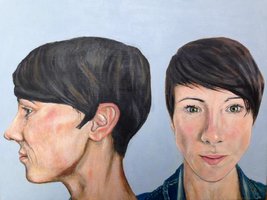 Every Darwinist argument against  the importance of the New Data in Nulius in Verba: Darwin's greatest secret can be rebutted with facts and reason. Here. 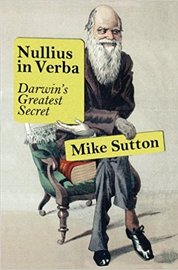 Nullius  in Verba: Darwin's greatest secret is the hard-fact-led mythbusting book that re-wrote the history of the discovery of natural selection with new BigData made discoveries of the once hidden books that reveal who Darwin and Wallace knew who really did read Patrick Matthew's prior publication of the full theory of natural selection before Darwin and Wallace supposedly independently replicated it in 1858 with, supposedly, no knowledge of what Matthew had discovered, which their friends and influencers had read and actually cited in the literature before influencing them on the same topic! 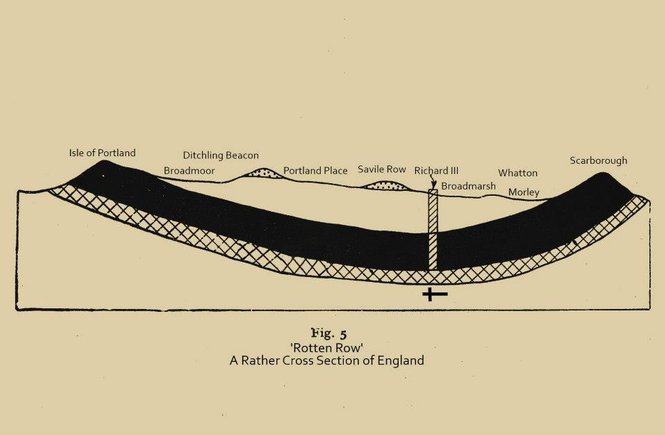