Darwin (1859) replicated Matthew's discovery of natural selection in the Origin of Species. In 1860, Matthew - having been ignored by other pubications - finally had his letter of due claim published in the Gardener's Chronicle. Darwin fully capitultaed in that same publication, claiming - fallaciously - that no naturalists known to him had read Matthew's prior-published ideas. Thereafter, Darwin's cronies set about 'rubbishing' Matthew's reputation with totally fallacious arguments that he had discovered nothing new,  Darwinists carried on the same self-serving work throighout the 20th century.  Nullius in Verba contains the full story of "The Patrick Matthew Burial Project". My blog post: "Trash Talking Darwinists" provides a preview of the extent of this great injustice in the history of scientific discovery.

DARE A DARWINIST TO TAKE THE MATTHEW CHALLENGE

It appears that most 'experts' and those who follow their example feel safely confident accepting as veracious information that has been proven wrong, just so long as the fallacious information is printed within the pages of a scholarly journal, or else in a book published by a reputable publisher. Eventually, of course, each example of incurious knowledge-lag disappears only once someone with sufficient expert authority confirms the validity of the new discovery. They who dare to put their reputation on the line to support the overthrow of fallacies are only then followed by a snowballing number of rationally minded people coming to accept the new discovery until it is no longer possible to ignore its veracious importance.

Which expert in the field of biology, genetics, evolutionary biology or the history of science, will be first to tell the faithful crowd followers of Darwin and Wallace that Big Data research has unearthed the bombshell information that Patrick Matthew’s prior published discovery of the full hypothesis for natural selection was – contrary to Darwin’s widely published fallacy that none he knew read it – actually cited (pre-1858) by three naturalists who played major roles at the epicentre and influence of the published work of Darwin and Wallace?

In the case in point, unless I have personally discovered no more than an amazing tri-coincidence, unheard of in the history of scientific discovery, and improbable beyond rational belief, then knowledge contamination from Matthew to Darwin and Wallace is now far more likely than not the reason Darwin and Wallace replicated Matthew's unique discovery of what he in 1831 uniquely termed the natural process of selection - and Darwin in 1859 uniquely four word shuffled into the process of natural selection - along with replicating Matthew's idiosyncratic terminology and explanatory examples in their own published and unpublished work on the exact same topic from a book they claimed never to have read before 1860.

Are any ‘experts’ in this field brave enough, honest enough and concerned about truth enough to stand up, point out and trumpet the importance of this new discovery?

For 154 years the world has been celebrating the wrong scientists. Worse, further newly discovered evidence makes it more likely than not that Darwin and Wallace lied when they each claimed no prior-knowledge of Matthew’s published discovery.

The full story of Darwin’s great science fraud can be found only in my 600 page e-book Nullius in Verba: Darwin’s greatest secret (currently withdrawn following book piracy and ID fraud by cyberstalkers). However, sufficient newly discovered information necessary to prove that Matthew’s book was read by those who particularly influenced and facilitated the work of Darwin and Wallace can be read in Vol 1 of the 200 page paperback Nullius in Verba: Darwin's greatest secret (vols. 2 and 3 forthoming). Or else buy the definitive story in my 2022 Curtis Press published book "Science Fraud: Darwin's Plagiarism of Patrick Matthew's Theory.

So who will be the first acclaimed ‘expert’ in the field of natural selection to admit the importance of the newly discovered yet greatly disconcerting truth?

I wonder, are there any 'expert' Darwinists with sufficient integrity, honesty and mettle to now admit they are newly discovered to more likely than not be named for the wrong man? If so, who will be first to step up and admit to this dreadful truth?

In Gross, Levit and Lewis’s ‘The Flight from Science and Reason', Christina Hoff Sommers (1996 p.369) quotes from a 1932 Nobel Prize winner in chemistry:

‘According to Langmuir: ‘These are cases where there is no dishonesty involved but where people are tricked into false results …being led astray by subjective effects, wishful thinking, or threshold interactions.’ Pathological science as Langmuir noted never issues in a fruitful research program. No new discoveries are made; pathological science either dies out or just goes “on and on”.’

And the same goes for the current pathological voodoo-history of science in all the journals and science and history books on the discovery of natural selection. Self-servingly ignorant Darwinists may hide behind their prestigious publications, like pre-Enlightenment bishops behind their bibles, taking comfort in the size and power of their flock they may bleat that 'the dogs do bark but the train moves on', but in doing so they are celebrating nought but their own cowardly and dishonest dislike of new and dis-confirming facts.

Science means truth, and learning from the process of scientific discovery is important for scientists hoping to make new breakthroughs, which means science is inseparable from the history of science and scientific discovery. Therefore, in the interests of science, I respectfully suggest that Darwinists, particularly those who serve as effective gatekeepers of the scholarly press on organic evolution, should consider changing their in-group name in order to avoid corresponding in-built bias when judging the value of the fact that another - incidentally not named Darwin - now has full priority over their namesake for the independent discovery of natural selection. All the new evidence suggests they should now be calling themselves Matthewists.

Perhaps it is asking too much of any person who self-identifies as a Darwinist to honestly and objectively assess the likelihood that their namesake is their namesake only because he committed the World's greatest science fraud? Dare any take the Patrick Matthew Challenge?

"When favourite speculations have been long indulged, and much pains have been bestowed on them, they are viewed with that parental partiality, which cannot bear to hear of faults in the object of its attachment. The mere doubt of an impartial observer is offensive ; and the discovery of anything like a blemish in the darling, is not only ascribed to an entire want of discrimination and judgment, but resented as an injury."

This is a good book on Darwin's racism and more besides. Only the author seems to know nothing at all about Matthew. He quotes Chambers and Rafinesque many times however. And we know from my  orignal F2B2 research (Sutton 2014) that Chambers cited Matthew twice pre 1858, was apparently first to be second in 1858/9 with Matthew's original term "natural process of selection" and Rafinesque was apparently first to be second with Matthew's phrase/terms "long continued selection" and "evinced in the genus".

The pdf file below reveals Wallace was a dishonest extortionist. He doctored his letters in his autobiography to hide the fact he felt Darwin and Co owed him money for his role in the Linnean debacle. 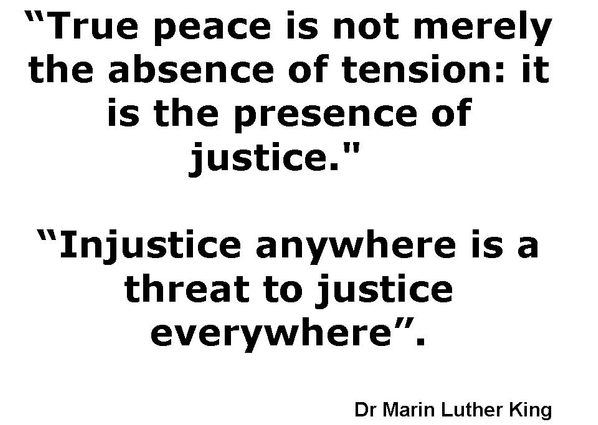 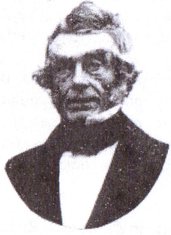 Nullius is available on Amazon,