Contrary to the fallacy written by Darwin in 1860, and in every edition of the Origin of Species - from the third edition onwards - other naturalists known to Darwin/Wallace did read Matthew's (1831) full hypothesis of natural slection in the years before 1858. The hugely influential Robert Chambers was one of them.

My original discovery that Robert Chambers, a great influence on Charles Darwin and Alfred Wallace, read Patrick Matthew's prior-published hypothesis of natural selection (because he cited it in 1832)  represents just one of many bombshell's in the history of biology that explode prior Darwinist myths. All the new bombshells are inside my book Nullius in Verba: Darwin's greatest secret.

The influential importance of the wealthy publisher and geologist naturalist Robert Chambers was explained by the  famous anthropologist  and science historian Loren Eiseley in 1959 in his book Darwin's Century. Had Eiseley known then what we know today - that Chambers read Matthew's book containing the full hypothesis of natural selection - as did Wallace's (1855) Sarawak paper editor Prideaux Selby - I am sure he would have explained that exactly why the old myth that Darwin and Wallace independently discovered Natural Selection is analogous to the Christian miracle belief in the Blessed Virgin's immaculate conception of the baby Jesus. The big data discovery that naturalists known to Darwin and Wallace, who influenced their work on natural selection, had long before read and cited Matthew's book containing the full thing, drags the anomaly of Darwin's and Wallace's claimed dual independent discoveries of a prior published theory, whilst influenced by those who had read it, before they subsequently fallaciously claimed that no naturalist had read it, into the spotlight as the greatest anomalous paradox in the history of scientific discovery.

The New Facts, originally revealed in Nullius, plus reason, demand a paradigm shift from the current, credulous, faith-based 'majority view' of  Darwin's and Wallace's immaculate conceptions of a prior published, reviewed, adverised and cited theory, to a fact based understanding of more likley than not Matthewian knowledge contamination.

'The hour came in 1844 with the publication of The Vestiges of the Natural History of Creation.'

'Condemned by critics as immoral and godless, it promptly took the public by storm. Four editions appeared in seven months and by 1860 some 24,000 copies had been sold. Two hundred copies of the first edition were distributed to prominent scientists in the attempt  to arouse interest. The result of this effort to bring attention to the subject is of extreme interest to the scientific historian.'

'Robert Chambers, the anonymous author, had hoped for a scientific hearing but was promptly shouted down. Thomas Huxley, who was later to become Darwin's chief defender, attacked the book with utmost savagery. Phrases such as "foolish fancies," "Charlatanerie," "pretentious nonsense," "work of fiction," "mean view of Nature" rolled from his pen.'

'Thus, as Draper commented many years ago, "happily the whole subject was brought into such prominence that it could be withdrawn into obscurity no more.'

'Years later Francis Darwin was to write, "My father's copy [of the Vestiges] gives signs of having been carefully read, a long list of marked passages being pinned in at the end." Francis Darwin points out that Charles, seeing the difficulties Chambers got into with certain attempts to explain phylogenetic lines, wrote, "I will not specify any genealogies-much too little known at present."

'Through it all, it must be borne in mind that Chambers, as part owner of a successful publishing house, had to remain anonymous in order to protect the business interest of himself and his brother William. This is a measure of the damage which threatened a man who transgressed established views in the first half of the century.'

NOTE: This last point is most important, because  Richard Dawkins (2010) with typical biased pseudoscholarly self-protectionism, as a Darwinst named for the great replicator of Matthew's original ideas, castigates Mathew for not trumpeting his discoveries from the rooftops in effort to deny Mathew full priority for his own prior-published discovery.  Dawkins appears not to have read Matthew's (1860) letter in the Gardener's Chronicle - where he told Darwin of a naturalist (unnamed of course - for good reason) who had read Matthew's book but feared to teach its bombshell ideas because he would have received pillory punishment!  Darwinists, such as Dawkins, are self-proven by their bias to be unfit to write as 'experts' on the veracious history of the discovery of natural selection.

Eiseley (1959) thought also that another reason for the overshadowing of Matthew's original discovery is most probably because his 1831 version contained the now considered correct influence of catastrophic geological and meteorological extinction events.  Only the year before, Darwin's friend and geological mentor Charles Lyell (1830) brought out the first volume of his influential Principles of Geography, which promoted the Uniformitarian principle that such extinction events never happened. Lyell did not believe transmutation of species occurred until many years later - when Darwin was close to publishing the Origin of Species. Darwin retained his mentor's uniformitarian ideas and slyly mocked Matthew, from the third edition of the origin onward as a scientifically unfashionable catastrophist.

Loren Eiseley (1979) was convinced that Darwin's (1844 - private essay) replication of Matthew's artificial selection analogous explanatory example of the inferiority of trees selected in nurseries, compared to those selected naturally in nature, was taken from Matthew's unique arboricultural expert and unique use of that example to explain natural selection in his book of 1831.  See Eiseley (1981, pp.72-73) Darwin and the Mysterious Mr X

However, what Eiseley never discovered - is that David Low , Matthew's Perth  Academy schoolmate, read Matthew's book because he took so much unique content from it, including unique Matthewian terms, and was first to replicate (without citation) Matthew's unique prior-published, artificial selection, nursery grown trees analogue, in his own book of 1844.  Darwin's notebooks show he read Low's work. Darwin (see Sutton 2014) even recommended Low to the Royal Society for his work on the similarities between artificial and natural selection. Darwin's notebooks show he read Low's work extensively. See Nullius for all the details. 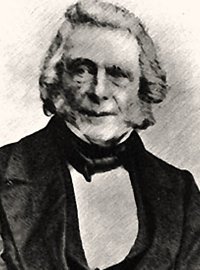