MATTHEW IS NO LONGER BURIED IN OBLIVION 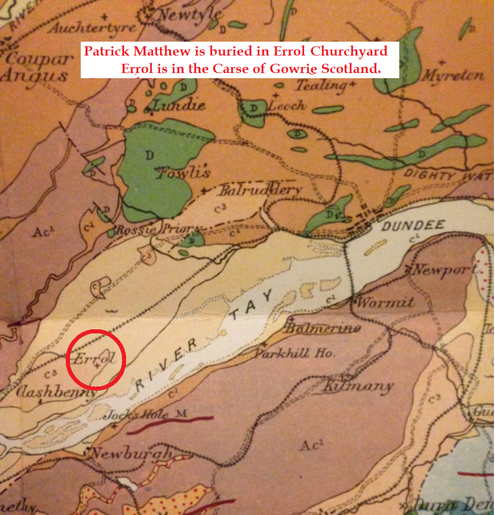 Until May 2015 all that was known of the loction of Patrick Matthew's final resting place is that it was thought to have been in Errol Churchyard in the Carse of Gowrie, in the district of Perth and Kinross, Scotland.

Thanks to research by Peter Symon we now know the exact location of the plot where Matthew lies burried. Peter kindly supplied the photographs he took of Matthew's burial plot (lair) and of the burial record.

Details of Symon's historic tweet that anunced the discovery, further details aand discussions can all be found on my archived BestThinking blog post on the topic {here} - where your comments are warmly welcomed. 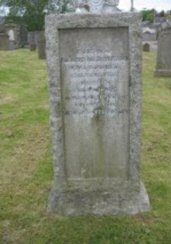 Others were buried in the same plot (lair) after Matthew. The headstone on Matthew's lair is for

Alexander Fraser, who died in 1924 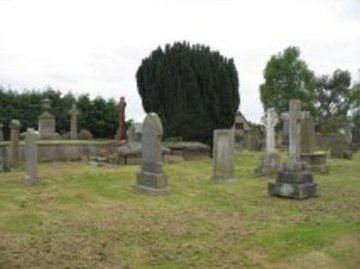 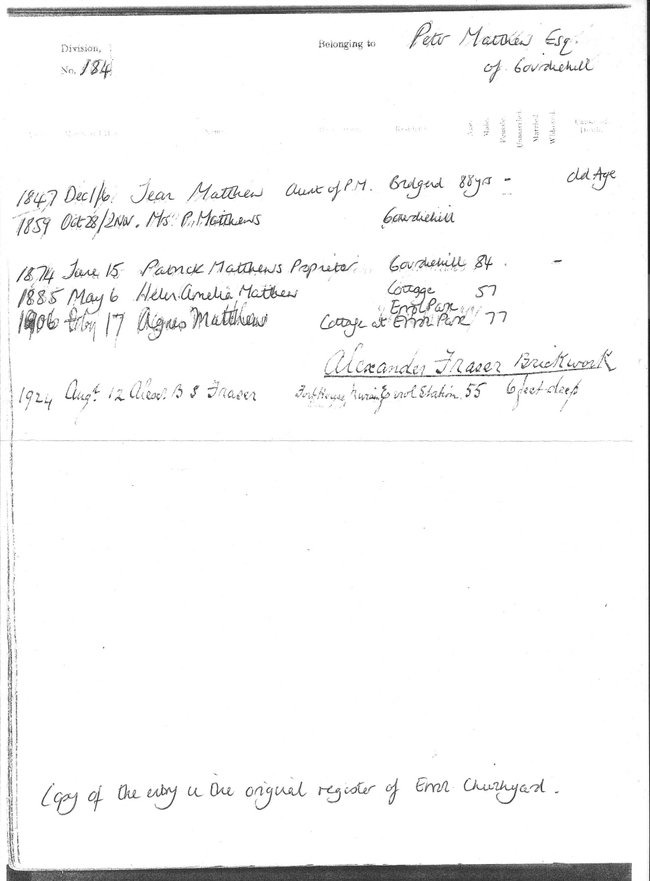 The image above is a copy of the photocopy of the page of the original register of burials in Errol burying ground, in division number 184, which belongs to "Peter Matthew, Esq. of Gourdiehill", the document was supplied to Peter Symon by Sam Bisset, Bereavement Services Admin Assistant, Perth & Kinross Council (tel 01738 446865 ; burials@pkc.gov.uk Thanks are due to Peter Symon of Errol for supplying this.

On examination of this document, it is clear that Patrick  Matthew's wife is buried in the same plot, but is recorded as Mrs P (Mrs Patrick) Matthews. They spelled the surname Matthew wrong a couple of times on this document as so many people did then and still do today.

Matthew's wife, Christian (or else Agnes) Matthew (nee Nicol) died in October 1859, not in 1857 as recorded by Calman (1912).  See the Patrick Matthew blog for details. This means Matthew would have been grieving for his recently deceased wife when Darwin's plagiarising Origin of Species was first published in November 1859. In 1860 the grieving Matthew tried without complete sucess to claim back his rightfull priority.

David Nicoll of the Parish Council Office, confirming the year of Matthew's wife's death, is below left along with an image of Calman (2012) getting the date wrong, below right. Thanks are due to Fiona Ross of the Carse of Gowrie Sustainability Group for sendng me this.

The letter directly below left is typed by David Nicoll of the Parish Council Office, Errol in the Carse of Gowrie.

Matthew is buried in Errol churchyard. The letter was found by Liz Roberston, after finding it in family papers. The letter is dated 1925, to a Mr Lang of St Andrews. This letter confirms the burial record for Errol Churchyard, whch shows Matthew's wife - named in the letter - Agnes (nee Nicol) Mathew was buried in October 1859, and not in 1857 as Calman recored in 1912.

Given that David Nicoll's first-hand account corresponds accurately with the burial records I think we should perhaps favour his first-hand account that Matthew's wife's name was Agnes over Calman's second-hand interview transcription account that her name was Christian. But we cannot be sure. However, what we can be sure about is that Calman did make errors in his telling of the story of Matthew. For example, in his transcription of a letter Darwin sent to Matthew, an error that has been embarrassingly replicated by others (facts here). 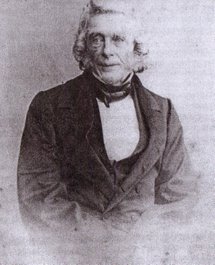 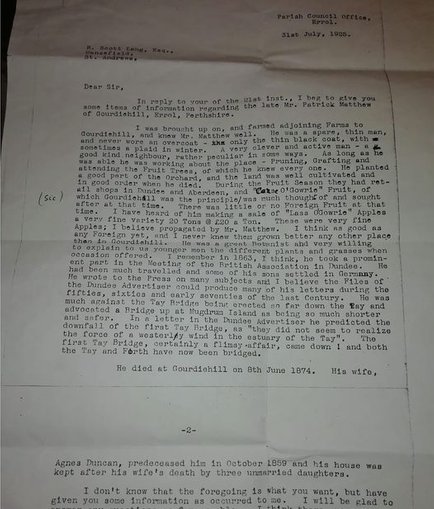 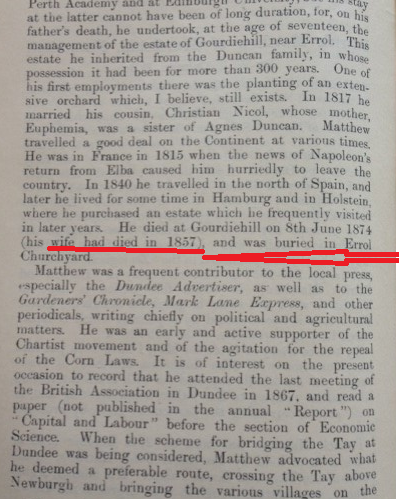 Matthew's descendants in the USA, New Zealand and Germany have been made aware of the discovery of his grave site.  It is most important that the grave of this great Scottish science hero is properly celebrated. Please use the buttons below to disseminate the news. 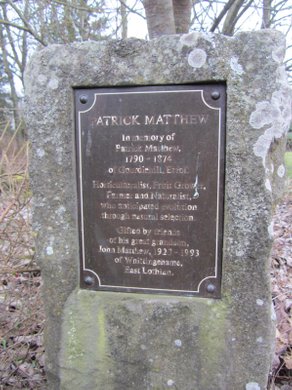 A small memorial to Matthew in a garden in Gourdiehill, Errol. a few yards form the spot where Matthews house stood. It is said to be made from a stone of the chimney stack from Matthew's now demolished stone mansion. Gourdiehill is now a small housing estate of bungalows. In the garden of one, which stands where Matthew's house once was, there is a giant redwood. The tree appears to be most likley one that was planted by Matthew in 1853. 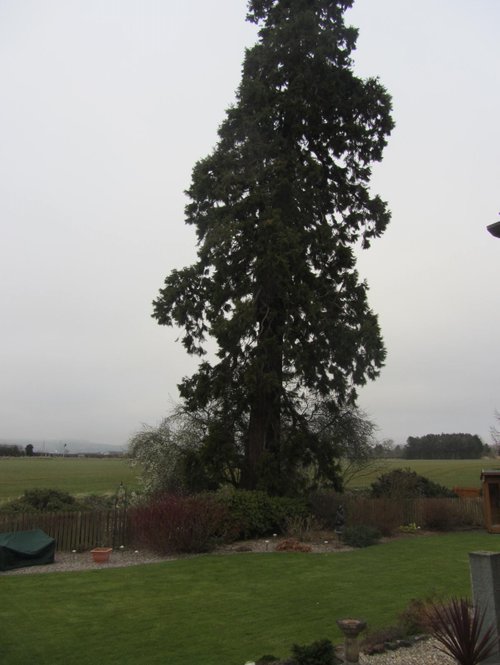