Only now that we realize that, in addition to prior-publishing the complete hypothesis of natural selection 27 years before Darwin, Matthew (1831) also coined the powerful 'Artificial versus Natural Selection Explanatory Analogy',  do we finally see the conclusive evidence of Matthew's massive influence on Darwin. Because in 1831 Matthew coined the world's most powerful analogy to explain his unique discovery of the world's most important scientific theory. So important was that unique analogy - so influential - so powerful - Darwin (1859. p. 7)  used it to open "The Origin of Species" when he wrote:

Building a little upon the extensive work of Jim Dempster, I summarized in my book “Nullius” what Matthew originally contributed to knowledge in 1831. I wrote:

‘Matthew originated the concept of Natural Selection in 1831 to explain the emergence and extinction of species between and after geological catastrophic events. He uniquely named it “the natural process of selection”, which he described as a fundamental law of nature. He discussed divergence in terms of diverging ramifications, the mutability of species, rejected miraculous birth of new species following catastrophes, held to a steady state in nature interrupted by catastrophes, understood the importance of the complex multi-level phenomenon of power of occupancy and ecological niches, rejected simple development from nearly-allied species in favour of descent from common ancestor, recognized what constituted a species, recognized the difference between domestic and wild species and saw artificial selection as the key to both discovering and explaining the process of natural selection.’

The last 16 words of the last sentence are rather important.

Dr Mike Weale of Kings College London and I have spent some considerable time debating whether or not (and if so – to what degree) Matthew’s various comparisons of artificial selection (in terms of humans cognitively breeding by way of selective breeding – animals and plants under protective culture to suit their own needs) with natural selection (the ‘natural process of selection’ in the wild where the most circumstance suited varieties are selected by nature to survive in the wild) is an analogy, because according to dictionary definitions the term "analogy" is not limited to comparisons of similarities but includes analogies of differences. The debate was settled on 14th April 2015 on the Patrick Matthew Project.

Essentially, it was agreed that there are actually two main artificial and natural selection analogies that were used in the 19th century by those writing at the cutting edge about the discovery of natural selection.

This is a new understanding in the story of the discovery of natural selection.

In current absence of any disconfirming evidence, the literature record shows that although many others before Matthew (1831) mentioned what artificial selection does, only Matthew used that information in an analogy with anything like any kind of understanding of any of the processes of natural selection to show the differences between the two. Matthew did this as an explanatory device to help readers understand what natural selection was. This was an analogy of differences. Analogies that focus upon difference, as opposed to analogies of sameness or similarities between the things compared come under the broad definition of the term  analogy that is provided by the Oxford English Dictionary:  ‘A comparison made between one thing and another for the purpose of explanation or clarification.’ We mght name Matthew's unique analogy of Artificial versus Natural Selecton,: 'The Analogy of Differences'.

Most notably, Loren Eiseley (1979 – ‘Darwin and the Mysterious Mr X’ pp – 72-73) was convinced that Darwin must have read Matthew’s 1831 book in or before 1844 when Darwin replicated Matthew's original prior published ideas in his private essay of 1844. Eisleley discovered that in that very essay Darwin replicated  Matthew’s highly idisyncratic forrester and arboricultural example of the differences between plants grown in nurseries and those naturally selected in the wild. This is a major discovery on this topic and Eisleley deserves his place in the history of plagiary research discoveries for it.

Eiseley focused on the similarity of the example of plants provided in the analogy – namely plants grown in nurseries v the wild. Had Eiseley focused on it as a general  analogy of differences in its own right (as Darwin used it in the Orign of Species as apposed to in his 1844 private essay) then he would have spotted that Darwin (1859) used the exact same explanatory  analogy of difference, only with different examples that did not include plants - on pages 83-84 of the ‘Origin of Species’.

It is important to note that as a disciplinary group biologists are remarkable and alone in that the concept of analogy in biology is used only to refer to similarities between one thing and another. I believe that this is why the artificial v natural selection Analogy of Differences has been so under-researched by Darwinists – the majority of whom are – I believe – biologists.

This breakthrough in our understanding of what Matthew originated and Darwin and Wallace replicated, means is that we can now say four things:

(1) Patrick Matthew (1831) was first to publish the complete hypothesis of natural selection.

(2) Patrick Matthew (1831) was also first to use the ‘Artificial versus Natural Selection Analogy of Differences’ to explain the process of natural selection.

(3) Both Darwin and Wallace subsequently replicated both in their major works on the topic; Wallace (1858) in his Ternate Paper and Darwin in his private essay of 1844 and then in the Origin of Species (1859).

(4) Darwin and Wallace each claimed that none known to them had read Matthew’s prior published ideas and that they each independently of Matthew, and independently of one another, discovered natural selection for themselves.

This is important, in my opinion. It is highly important because analogies are extremely powerful explanatory devices that have in recent years attracted much attention in the fields of cognitive psychology and neuroscience.

Most importantly, it currently appears (in absence of any disconfirming evidence) that Matthew (1831) not only originated and prior published the hypothesis of natural selection (in a book that we now newly know was in fact read and cited by seven naturalists known to Darwin and Wallace – three of whom were their admitted influences – see my Book “Nullius in Verba: Darwin’s greatest secret for the hard and independently verifiable evidence) , which is arguably the most important scientific hypothesis of all time, but Matthew (1831) also originated the world’s most powerful analogy in order to explain it. Darwin and Wallace replicated both! 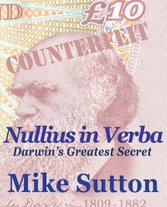 Matthew was born on a farm called Rome. The site is located today in the grounds of the Palace of Scone

The discovery of natural selection was made at Gourdiehill, the seat of Matthew Esquire