There used to be a general belief in Western industrialised nations that, where crimes such as street robbery, car theft and burglary were concerned, victims were simply unlucky and should be consoled with the 'folk knowledge' that lightening doesn't strike twice.

Research debunked this myth. Big Data research of the national crime statistics in the British Crime Survey - combined with the observations of some earlier writers - revealed that in fact - counterintuitively - the opposite is true. Namely: "victimization is the strongest predictor of victimization", because most crimes of this type are repeat crimes against the same person, place or thing (see Farrell, Philips and Pease 1995 ).

Of course, it was always well known that at the "person" level, crimes such as domestic violence are characterized by repeat victimization and that two crimes are exempt from the general rule - namely homicide and manslaughter.

Lightning Strikes Not Just Twice, but more than Thrice, As it So Often Does With Crime and Delinquency: Patrick Matthew was a Repeat Victim of 'Glory Theft by Fallacy Coining'

The world's leading evolutionary biologists admit that Matthew was first to publish the full hypothesis of macro evolution by natural selection. But scant attention has been paid to how Matthew's right to be considered an immortal great thinker and influencer in science was stolen from him by the lies, fallacies and poor scholarship of Darwin and his Darwinists. Here is a list of just some of the  tactics they employed:

2. Wallace's replicating plagiarism of Matthew's original conception and unique explanatory examples in his 1855 and 1858 papers.

4. Darwin's friend, Professor David Anstead - or at the very least his anonymous editor weirdly added footnotes on his article - mockingly rubbishing Matthew in the Dublin University Magazine (January to June in 1860)  effectively writing that he was an over opinionated crank who had written nothing original. The footnote can be read here.  The Saturday Analyst and Leader (1860) then did the same thing

5. In a gushing review of Darwin's Origin of Species. Charles Dickens's Magazine 'All the Year Round' (1860) quoted a paragraph of Matthew's (1831) original prose yet never cited Matthew as its source.  The uncited quote is to be found here.

6. The Dundee platform blocking of Matthew at the 1867 meeting of the British Association for Advancement of Science.

8. Richard Dawkins's pseudo-scholarly history and context free typical "state of denial" victim blaming of Matthew for what Darwin and his adoring Darwinists did to him. 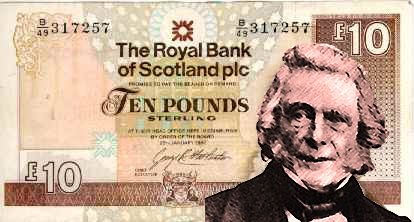 In addition to confirming the importance of understanding repeat victimization, their 100 per cent proven Darwinist fallacy spreading and dreadful pseudo-scholarly treatment of the facts confirms that the Dysology Hypothesis explains the Darwin Worship industry's biased history of the discovery of natural selection :

Letting scholars get away with publishing fallacies and myths signals to others the existence of topics where guardians of good scholarship might be less capable than elsewhere. Such dysology then serves as an allurement to poor scholars to disseminate existing myths and fallacies and to create and publish their own in these topic areas, which leads to a downward spiral of diminishing veracity on particular topics.

One day Scotland will have Matthew on the £10 note. 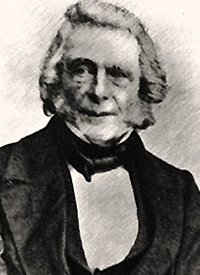