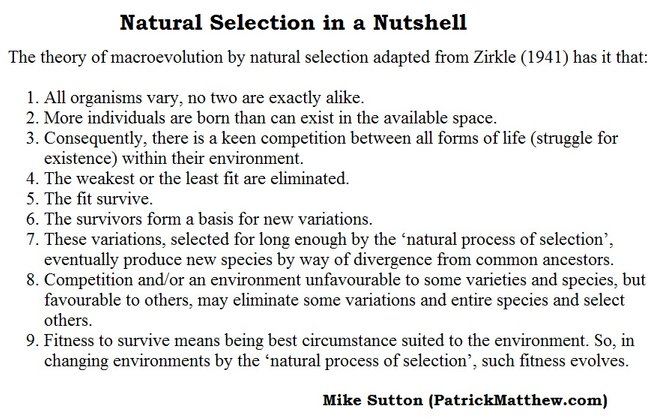 Dempster (1985) reasoned with a multitude of his own evidence that Matthew should be hailed as the true discoverer of natural selection, simply because he most certainly did more than merely enunciate it, he worked it out and published it in detail as a complex and fully comprehensive law of nature. Moreover, Matthew got it right and Darwin wrong when it came to comprehending the impact of geological disasters on species extinction and emergence. Yet, from the third edition of the Origin onwards, Darwin (1861), a follower of Lyell’s erroneous uniformitarianism,  jumped at the chance to denigrate Matthew by slyly inferring that he was a (then to be fashionably ridiculed) catastrophist. The following is from Darwin's 1861 Third Edition of the Origin of Species (p. xv):

The differences of Mr. Matthew's view from mine are not of much importance: he seems to consider that the world was nearly depopulated at successive periods, and then re stocked; and he gives, as an alternative, that new forms may be generated “without the presence of any mould or germ of former aggregates,” I am not sure that I understand some passages; but it seems that he attributes much influence to the direct action of the conditions of life. He clearly saw however the full force of the principle of natural selection.'

Dempster (1996) made this part of Darwin's cleverly subtle muck slinging injustice abundantly clear, but if you can find a Darwinist, or any other biologist, admitting as much and citing Dempster then you've found one more than I have. In effect, Darwin was signifying Matthew as among all the outdated believers in the miracle of Noah's Ark!  And yet Matthew believed in no such thing. Matthew simply explained natural selection in terms of what is today called  'Punctuated Equilibrium' – which is, then, essentially Matthew’s discovery. Punctuated Equilibrium  is accepted science today.  However, Dempster (1995; 2005) noted that its Darwinist purveyors sought to keep the originator of that theory buried in footnote oblivion. Rampino (2011) explains some of the detail.

Dempster wrote that there is no need to accuse Darwin of plagiarising the work of Patrick Matthew because it is already well established that he acted badly in not citing his influencers in the first edition and other editions of the Origin of Species (Dempster, 1983 p. 64):

‘Patrick Matthew and Robert Chambers carried out their great tasks single- handed. Without the help on the one hand of his great wealth and on the other of Hooker, Lyell, Lubbock, Blyth, Wallace and many others, it is doubtful whether Darwin, single-handed, could have avoided making a botch of his theory or even whether he could have, had the Origin published. Even so, in spite of all the outside help, he retreated more and more towards Lamarckism.

There is no need to charge Darwin with plagiarism. His scholarship and integrity were at fault in not providing all his references in the Origin: he had after 1859 another twenty years in which to do so. What one can say is that denigration of Patrick Matthew was unwarrantable and inexcusable.’

Two of Darwin;s supporters went so far as to "trash-talk" the situation in 1860 - signifying Matthew as an unoriginal crank. And this same shamefully ignorant Darwinist defense dysology is still wheeled out by desperate Darwin supporters to this day.

Back in the 19th century, Darwin's friend, Professor David Anstead - or at the very least his anonymous editor weirdly adding footnotes on his article - mockingly rubbished Matthew in the Dublin University Magazine (January to June) in 1860)    effectively writing that he was an over opinionated crank who had written nothing original. The footnote can be read here.

Matthew sent a letter to the Dublin University Magazine in February 1860- three months before the Gardener's Chronicle published his letter of April 1860. They ignored that letter until after April 1860. Although Darwin had admitted in print - in reply to Matthew's April letter in the Gardener's Chronicle that Matthew had got the whole unique theory right 28 years earlier, the Dublin University Magazine (1860) pretended the truth was otherwise and that Matthew had written nothing new:

'In the Gardener's Chronicle for 7th February 1860 is a long communication from Mr Patrick Matthew of Gourdie, NB the author of a treatise 'On Naval Timber and Architecture,' in 1831, in which a claim is made by the author to have been the originator of Mr Darwin's theory of natural selection. In a letter to the editor of this journal Mr Matthew has repeated the claim and considers himself wronged by the remarks in our journal of February (vide p 235). We cannot however perceive, either in the extracts from his work, or in his remarks, any thing more than a repetition of a fact long familiarly known, namely that many species pass into each other by insensible gradations—a fact acknowledged by all naturalists, and to account for which, Lamarque's theory of the modification of specific characters was not the first invented. A statement that individuals and varieties were often involved in a struggle for existence, in which the strongest and the best adapted to the circumstances of the moment would prevail—a knowledge of the existence of sporting varieties in many well known species, and the possibility of certain modifications introduced into species in consequence, do not interfere with Mr Darwin's claim to be regarded as the first who has put forward the principle of natural selection as the method adopted by nature to insure a succession of varieties resulting in species adapted to continue throughout all time and in absolute perfection, the chain of created beings.'

It is peculiarly unjust since Darwin (1860) had fully admitted in the Gardener's Chronicle - in reply to Matthew's claim - that Matthew was first to discover the entire original process of natural selection as an explanation for the origin and extinction of species see my book Nullius in Verba for the relevant text, references, sources  and other details) .

On 24th November 1860 an anonymous naturalist, writing in the Saturday Analyst and Leader added further insult to injury by proposing that a replicator, such as Darwin, should be praised for his originality by way of his replication of something he claimed not to have read:

"...of Mr. DARWIN’s labours, or the merits of his extraordinary book. It would not detract from them even if he had been acquainted with every word that had been previously written on the subject. But it is very possible that two minds may think out the same original conclusion for themselves without any communication between them. If all that DALTON has written on definite proportions had been previously published, still if he had thought it out for himself, without knowing of the previous discovery, he would unquestionably be entitled to the praise of originality."

If only they had the benefit of BigData technology back in 1860 - Matthew would have been able to show just how many of Darwin's and Wallace's friends, facilitators and admitted influencers had read and cited his 1831 book pre 1858, and how many more were 'first to be second' with unique Matthewisms. For all we know, the anonymous author of the Saturday Analyst and Leader was among them.

See my blog post "Trash-Talking Darwinists" for further details and facilities to add comments and for discussion opportunities. 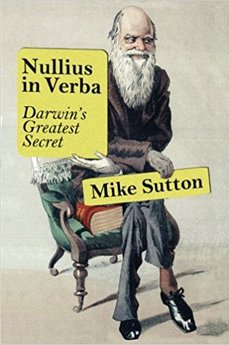 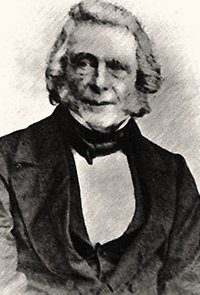 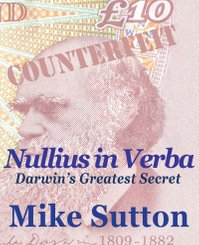 From November 2017, you are advised not to download any version of this e-book, because the file is likely to be infected with hacker malware by those sharing and disseminating hacked versions. Moreover, the content is likley to have been altered by the criminals involved.