'When a number of conflicting theories co-exist, any point on which they all agree is the one most likely to be wrong.' (Macfarlane 1984, p. 253). 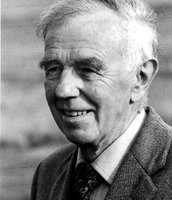 I have no idea about whether or not Macfarlane's Law  has universal applicability. He applied it to the story of the discovery and development of penicillin as a useful myth-busting device in his work to show the Fleming eclipsed role of Macfarlane's Oxford University associate, Howard Florey, in the development of penicillin as systemic medicine.

Macfarlane writes of his law in a footnote on page 253 of his superb book on Alexander Fleming:

'Dr D. L. Cowen has been kind enough to refer to this principle as 'Macfarlane's Law' but the author cannot claim complete originality, since it emerged during a casual conversation with a now anonymous colleague at a now-forgotten International Congress.'

'The one common assumption made by all those who have tried to explain Fleming's lack of success was that he was convinced of the immense potential value of his discovery and did his best to establish this against the odds that proved too great for him.'

Essentially, Macfarlane makes a strong case that Fleming simply failed to personally take his initial discovery of penicillin and its germ killing powers forward, due to a combined lack of pure intuitive experimental curiosity and particular departmental philosophy against undertaking experiments without sufficient evidence to warrant them. Hence, Fleming failed to undertake the experiment to inject penicillin into an infected animal after he had done so to an uninfected rabbit and found that penicillin survived for less than four hours inside the creature. And so Fleming simply saw that it might be usefully developed as a topical medicine to treat local infection sites. Florey, on the other hand, did the experiment by injecting penicillin into an infected mouse. And the rest is a fascinating history.

I find Macfarlane's law applies also when it comes to the many (pre Sutton 2014) competing explanations for why Charles Darwin supposedly failed to read Patrick Matthew's (1831) prior published complete theory of natural selection.

What all the insensibly named, because they are competing, 'majority view' Darwinist explanations for why Darwin supposedly never read Matthew's (1831) prior-published hypothesis of natural selection, have in common (see Sutton 2014, 2017 for the details) is a common assumption (premise) - often overtly stated as an unquestionable 'knowledge belief' that Darwin was a profoundly honest person. But he wasn't. His private autobiography - written not for publication but for his family - revealed with apparent honesty, ironically, that as a child he was a compulsive attention seeking and self-glorifying liar ( Darwin 1876):

'I may here also confess that as a little boy I was much given to inventing deliberate falsehoods, and this was always done for the sake of causing excitement.'

Not much should be made of that, I include it here only to show that there might just have been something pathological about Darwin's serial dishonesty as an adult. naturalist.

In my book, I prove that Darwin told six lies in order to eclipse Patrick Matthew's prior discovery of natural selection. Here is the biggest of the lot:

The Myth of Darwin's Honesty is Bust by the Facts

Cast iron proof that Charles Darwin, in collusion with his best friend and botanical mentor Joseph Hooker, lied in the Gardener's Chronicle when he wrote in 1860 that apparently no naturalist had read Matthew's (1831) prior-published ideas, and further lied when he wrote in the third edition of the Origin of Species (1861), and every edition thereafter, that Matthew's unique ideas had passed unnoticed until 1860.

The usefulness of Macfarlane's Law in helping to establish a veracious history of the discovery on natural selection is discussed in greater detail in my blog post on it. Comments there are most warmly welcomed. 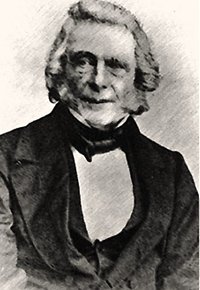